Just so you don’t get tired of hearing from me (because I’m only thinking of you)…….This update comes to you from Alice Murray, a member of the Niceville, UMC team that recently served alongside us here in Pallatanga!

Thanksgiving is the busiest travel time of the year in the United States as millions hit the roads and the airways to gather with family for a special meal.  Included in those millions of travelers were eleven Americans on a Crosspoint mission team.  This group left the U.S. on November 20th bound for a country on a different continent where Thanksgiving is not celebrated; their intent was to share a holiday meal with people whom they had never met and to whom they were not biologically related.  Why?  FAMILY. 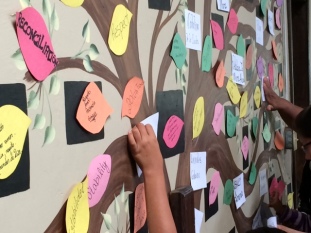 The Crosspoint mission team traveled to Ecuador from Valparaiso, Florida to assist with a family building conference at Camp Pallatanga, an evangelistic camp high in the Andes mountains in the middle of Ecuador.  While the aim was to teach others about family, the team members had their conceptions of family broadened and changed.

The Bible exhorts us to love the family of believers and to especially do good to those belonging to that family.  I Peter 2:17; Galatians 6:10.  Therefore, it was fitting that our destination was in the heart of Ecuador in the Sierra region, Chimbarazo Province.  Our team t-shirts even bore a hear 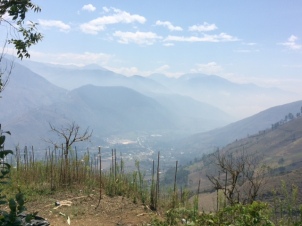 t in the middle of the outline of the country of Ecuador.  The base of our operations was Camp Pallatanga, an evangelistic camp nestled at the base of the Andes, outside the town of Pallatanga, population approximately 3,000.

Team Ecuador had several goals to accomplish during our short term mission trip.  First, we wanted to love on our missionaries in country.  That was easy to do with the Orellana family who run Camp Pallatanga.  We had plenty of opportunities for laughter, prayer and shared experiences (think strenuous climbs to local waterfalls).

Since our trip occurred over Thanksgiving, we put on a true American Thanksgiving dinner for our hosts.  While that may not seem like much to most, consider that Thanksgiving is not celebrated in Ecuador, and many of the traditional dishes eaten by Americans on that holiday are not available or at least very hard to come by locally.  Word of this feast spread, and missionaries based elsewhere in the country traveled se 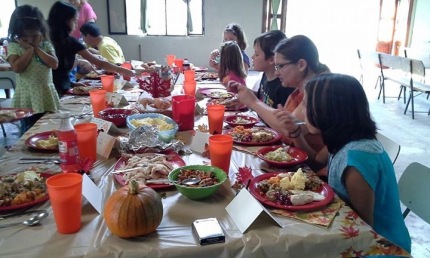 veral hours to come and participate in this gathering.  Our recently deceased turkey friends, Tom, Dick and Harry, were the main dish, but eyes were bulging at the four homemade pies served for dessert.

A second goal of our team was to provide spiritual nourishment to participants in a family building camp put on at Camp Pallatanga for a church group from a very poor area of Guayaquil, Ecuador’s most populated city.  Although there were language barriers, heartfelt communication occurred between our team and the conference attendees, and love was shared.  Family members can be real with each other, and members of our team gave testimonies to the conference attendees abo 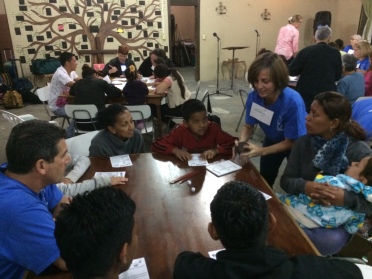 ut heartbreaks and difficulties we had experienced and how our family of believers had seen us through those hard times. Touched by these testimonies, the attendees spontaneously asked to share their own stories with us.

A third team goal was to assist our fellow believers with a church plant in the town of Pallatanga, Iglesia La Vina.  Team members, advertised as Verdaderos Gringos (“real live Gringos”), put on English classes for children at the small storefront church across from the town square in Pallatanga on three different afternoons.  Activities and games were brought from the U.S. to assist with the church’s children’s program, and team members helped with child care for the church’s Wednesday night Bible study. 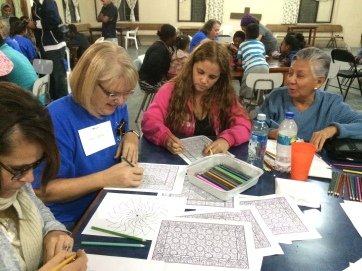 The Ecuador team returned home on November 30th.  During the ten day trip, the team accomplished the goals it had set, but something else resulted from this time in service.  Team members came to know and love each other; they became a family.  Communication has continued between us since our return.  Team members know that they can reach out to one another for prayer, encouragement and assistance.  While we preached the value of the family of believers in Ecuador, we are now practicing what we preached back at home.   We are members of God’s family–related not by blood but because of Jesus’ blood. 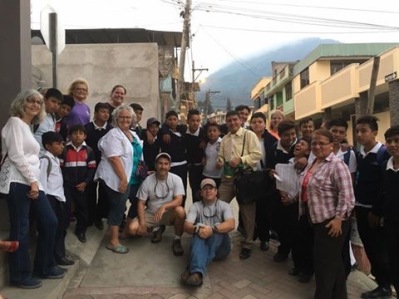